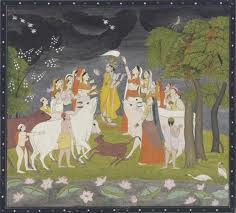 The following article was written by a public school teacher in western New York.

Public school teachers are not only being scapegoated for low test scores and hit with wage and job cuts, they are also facing an increasing assault for exercising their basic democratic rights while off the job. There has been a steady and alarming rise in the number of teachers being persecuted for activities conducted during their personal time under the guise of protecting children from immoral influences.
This includes penalties and termination for consuming or purchasing alcohol while off duty, expressing frustrations over work-related issues on social networking websites, voicing or participating, outside of the work place, in political activities such as serving as an escort at a Planned Parenthood clinic.

The victimization of teachers for such “offenses” is inseparable from the attack on public education being spearheaded by the Obama administration. Political and school authorities who have no moral qualms about stripping children of the right to decent education insist that teachers uphold arbitrary moral standards or face the loss of their jobs.
Officials are fishing for any excuse to destroy the hard-won right to tenure and job security, which opponents of public education have long denounced as the greatest obstacle to firing “bad” teachers. Secondly, the arbitrary dismissals are being used to restrict free speech and regiment teachers, and will ultimately be used to intimidate opponents of the attack on teachers and the right to public education.

There is the now famous story of Ashley Payne, the Georgia teacher who was fired from her job after she posted summer vacation photos on her Facebook page, several of which showed her sitting with beer or wine glasses nearby or in her hand, but none depicting signs of intoxication or illegal activity. In addition, an obscenity was found on her page. For these reasons alone, she was called into her principal’s office and told she had to resign immediately.
Then there is the case of the Florida teacher fired after photos of her in a bikini surfaced on a website that also revealed she worked a part time job as a “bikini girl” for a charter fishing boat outfit. She defended herself, stating that she worked the second job because her teaching job did not pay enough, but she was fired from her teaching position anyway.
Another teacher was suspended for 30 days from her job, without pay, when a photo of her surfaced on Facebook taken at a bachelorette party. What is most alarming about this incident is that the teacher did not even post the picture herself, but rather it was posted unbeknownst to her on a friend’s page. Then there is also the case of a non-Catholic teacher, hired in Catholic school in Sacramento, California. Although hiring practices maintain that teachers do not have to be Catholic to teach there, this particular teacher was fired when a parent of a student noticed the teacher serving as an escort for clientele at a Planned Parenthood clinic on a Saturday morning.
Similar attacks are occurring in other countries too, including Britain, where the General Teaching Council was ostensibly created “to contribute to improving standards of teaching and the quality of learning, and to maintain and improve standards of professional conduct among teachers, in the interests of the public.” The Council, which was immediately unpopular with teachers in the UK, was nevertheless forced upon teachers, who were required to sign up and follow its mandates. Since then, teachers have found themselves in the position of being charged with immoral conduct by members of the public, for everything from drinking in public establishments, to modeling nightwear as a second career. Like teachers in America, they are often encouraged to resign their positions immediately, to avoid a prolonged and embarrassing public trial, where their careers suffer more damage than if they had just resigned.

In the late 19th and early 20th centuries, rules of moral conduct were imposed on American teachers that appear absurd in light of contemporary values, beliefs in the separation of church and state, and how we view ourselves as members of a democratic society. Here are a few examples taken from the Rules for Teachers published in 1872 (courtesy of the Portage County Historical Society in Wisconsin):
Each teacher will bring a bucket of water and a scuttle of coal for the day’s session.
Men teachers may take one evening each week for courting purposes, or two evenings a week if they go to church regularly.
After 10 hours in school, the teachers may spend the remaining time reading the Bible or other good books.
Women teachers who marry or engage in unseemly conduct will be dismissed.
Every teacher should lay aside from each pay a goodly sum of his earnings for his benefit during his declining years so that he will not become a burden on society.
Any teacher who smokes, uses liquor in any form, frequents pool or public halls, or gets shaved in a barbershop will give good reason to suspect his worth, intention, integrity and honesty.
The teacher who performs his labor faithfully and without fault for five years will be given an increase of 25 cents per week in his pay, providing the Board of Education approves.

Likewise, New Hampshire published its own rules for teachers in 1915, which repeat, in so many words, those listed above, but also included a few other interesting restrictions:
You are not to keep company with men.
You must be home between the hours of 8 p.m. and 6 a.m. unless at a school function.
You may not loiter downtown in any of the ice cream stores.
You may not smoke cigarettes.
You may not dress in bright colors.
Your dresses may not be any shorter than 2 inches above the ankles.
Many may laugh at these restrictive and ridiculous rules, but they were only overturned through great social struggles. New Jersey became the first state to pass tenure legislation when, in 1910, it granted fair-dismissal rights to college professors. The suffrage movement of the 1920s and the mass labor struggles of the 1930s, led to the extension of such rights to elementary and high school teachers.
However, during the anti-communist witch-hunts of the 1950s, hundreds of public school teachers were forced to resign and were blacklisted after refusing to sign “loyalty oaths,” inform on other teachers, or simply because of their political beliefs. According to FBI records, from 1951-1955, the FBI disseminated derogatory personal and political information to the employers of more than 400 public school teachers and college professors. The cost to the victims of the McCarthyism was not only economic and professional; consider the example of Minnie Gertrude, an unassuming public school teacher who took her own life in 1948, after being questioned by investigators about her politics and being threatened with insubordination when she refused to cooperate.

In the late 1960s and early 70s, teachers pushed back intrusive rules and arbitrary victimization, through job security protections gained in the course of militant trade union battles. Since the 1980s, however, the teachers unions have worked hand-in-hand with the two big business parties to undermine gains made by teachers. This has culminated in the open collaboration by the American Federation of Teachers and the National Education Association with the Obama administration in the greatest assault on teachers and public education in history.

The intrusive attack on teachers’ private lives prompted one educator to write on a teachers’ blog: “I live far away from…friends and family and Facebook has been a great way…to share…what’s going on in our lives. But since I’m held to some imaginary higher standard, I’m not allowed to have my Facebook page? No wonder our best and brightest are going into other careers. Work incredibly hard, don’t get paid enough, be responsible for curing all of society’s ills, and be held to a standard that no one else can live up to. Yep, that’s being a teacher!”
While one naturally laughs when reading the rules imposed on teachers a century and more ago, perhaps we should think about the rules being imposed on teachers today, and how they might look to a reader 100 years from now:
Each teacher will bring school supplies, purchased with his or her own funds, to furnish students too poor to afford their own.
Each teacher will supply snacks in his or her classroom, purchased with his or her own funds, for students who are too impoverished to receive adequate sustenance at home.
While teachers are allowed to socialize during their off hours, they should be careful to do so far from their home district (50 miles away is a good recommendation), and to refrain from drinking alcohol or participating in any activity to which a parent could object, including smoking cigarettes, wearing of a bathing suit, going to adult-themed parties such as bachelor or bachelorette parties, or overtly flirting with another person. Also, do not purchase alcohol in a store, as a parent may be present, or a student with a camera phone, who could take a picture of you and distribute such evidence to friends.
Under no circumstances should you allow anyone to take a photograph of you at any public gathering in which alcohol is present or other adult activities are taking place.
Teachers shall not share political or religious views in any public setting, or participate in such, even if it is done on their own time. Even if you use a fabricated name or do so anonymously, you will be held responsible if anyone discovers and reveals your real identity.
Do not have a social networking page, even if you do so privately and do not accept or invite students or parents as friends. Do not have a page with your own identity, even if it is the only way for friends and family members to find you, as anything you share, no matter how seemingly innocent, can and will be held against you.
The teacher who performs his or her labor faithfully for three years will be given tenure, which actually does not mean anything anymore, and your wages will be frozen to help the economy. Furthermore, your retirement benefits will be slowly chipped away at until there are none, so you should expect to lay aside a goodly sum from your earnings for your benefit during your declining years so that you do not become a burden on society.
Teachers cannot hope to have their rights, nor their wages and benefits, protected by either of the two major political parties, nor by the corrupt unions, which claim to represent them. Rather, they should fight to build a political movement of the entire working class for socialism in order to restore dignity and democratic rights, and a decent living wage and benefits, to all educators.